It is just not information security professionals like me complaining about privacy issues on social networking sites, others are taking a hard look at this as well including the US Federal Trade Commission (FTC). I reported in an earlier post that US Senators send a letter to Facebook, now FTC gets involved in a complaint against Twitter.

FTC issues an administrative complaint when it has "reason to believe" that the law has been or is being violated, and it appears to the Commission that a proceeding is in the public interest. FTC employs the FTC Act to impose sanctions on firms that exhibit unfair or deceptive practices, such practices that they feel would likely result in the disclosure of personal information.

There has been many similar complaints in the past but this is the first case against a social networking service.

According to the FTC's press release, Twitter has agreed to settle FTC charges that it deceived consumers and put their privacy at risk by failing to safeguard their personal information. According their complaint,  some of the breaches on Twitter system were possible due to a failure to implement reasonable safeguards. The complaint originated from some of the high profile breaches including that of Barack Obama before he became the President.

According to FTC, Twitter failed to implement some of the following safeguards:

As part of the settlement, Twitter is required to implement a variety of data security safeguards including "a comprehensive information security program, which will be assessed by an independent auditor every other year for 10 years".

The main document of FTC complaint is here

Some of safeguards mentioned even though highly important, these are very hard to implement for many small businesses. FTC has some strong words for organizations in what they claim they do in terms of securing consumer information.

"When a company promises consumers that their personal information is secure, it must live up to that promise,"

Even though many of the US and other countries privacy laws mandate only "reasonable" or minimum security, for many businesses that is not enough. While discussing the new Massachusetts privacy law I commented this:

"organizations should look at this and other regulatory requirements as "minimum standards" and look upon setting up a higher level for themselves. Remember that Compliance != Security"

The key takeaway is that organizations must take a hard look at their privacy policies and implement the specified controls to safeguard customer information. Information security practitioners should convey this to their business and technology leaders and implement such protection mechanisms or face sanctions.
Posted by InfoSecNirvana at 12:40 AM 2 comments:

The GIAC Wireless Penetration Testing and Ethical Hacking (GAWN) JTA
committee has recommended an updated set of certification objectives, and we
are conducting a formal Job Task Analysis.  We are seeking Wireless Security
subject matter experts to vote on proposed changes and rate the relevance of
each certification objective.

Your name may be listed in the validation report if this certification is
submitted for ANSI accreditation.  This survey will take an estimated 15
minutes of your time and can be accessed at the link below.  The survey will
be available through 12:01 AM on 7/1.

June so far has been a busy month for 0-days, data leaks, and mass infections. If this is not news for you, jump to the analysis section at the end.


A new vulnerability has been identified and POC code has been published for this Windows 0-day affecting the help functionality.


Windows use what is called as HCP protocol when the helpctr.exe executable is invoked to open the help files and connect using the HCP URI. HCP is similar to the HTTP protocol and uses a similar prefix hcp://


The vulnerability is due to not validating URLs while using the HCP protocol, this allows passing arbitrary scripts to the operating system. In order to exploit this vulnerability, one has to invoke the help file to connect to a specially crafter URL. Such specially crafted URL could be sent in an email enticing the user to click on it. Once exploited, the adversary could assume the rights of the logged in user. So, if the user is logged on with administrative privileges, the adversary could take over the entire system.


Microsoft issued an advisory and recommends removing or unregistering the HCP protocol through a registry setting.

If you recall, this is not the first time vulnerabilities have come up in the "help" function. Here are the last two announcemets.

Several sites were the victims of a mass script injection attacks. The common point was that all were running ISS/ASP.net, the general behavior which is observed on the affected sites include insertion of a particular script (ex: "http://ww.robint.us/u.js").


Another round of injection attacks was reported yesterday, affecting about 1000 sites. This time the script  points to "2677.in/yahoo.js".

Thousands of WordPress blogs and other PHP-based sites were the victims of injection attacks, they were injected with a malicious script aimed at infecting visitor's machines with rogue security products.

Gawker reported that they were given data on 114,000 iPad user accounts by intruders who hacked an AT&T server.

As per the technical details released by Gawker, it involved spoofing the user-agent in the header to make AT&T's servers respond to a request for harvesting the data.

What's common on all these attacks?


It is input validation.


Input validation is the source of various attack techniques such as buffer overflows, cross-site scripting, SQL injection, and manipulation (query string, form field, cookie, header, etc). Input validation refers to how the application filters, scrubs, or rejects input. Proper validation should be done for variety of inputs such as type, length, format, and range.


Detection and prevention methods include

This has an India TLD but registered in China. Let's look at where is it hosted

Adobe announced a new vulnerability affecting Flash and Reader products. As per the report, this is being actively exploited in the wild.
Over the past year or so we started seeing more PDF reader based attacks and there have been numerous exploits during this time. A recent report published by f-secure confirms this. 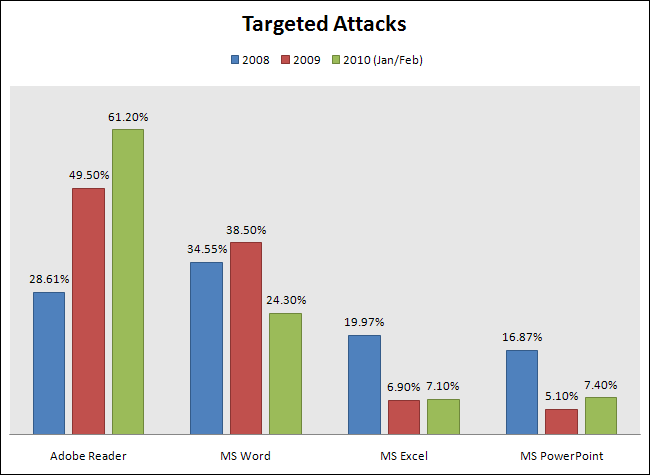 Back in March this year, Didier Stevens published another interesting attack, he discussed a POC relating to the /launch functionality in PDF files. More information is available here.
So, with Adobe PDF Reader having all these vulnerabilities, what are our options?
Online services like Google Docs can display pdf documents right in the web browser. The advantage of this method is that the pdf is not executed on the user's computer system which means that any exploits will have no effect.
Firefox has a plugin to open PDF documents in Google Docs, this plugin, GPDF can be found from the Mozilla repository.
Posted by InfoSecNirvana at 9:52 AM No comments:

In my three part essay (here, here, and here) on Cloud Computing, I covered mainly the security concerns and how organizations can prepare themselves before getting to cloud based computing solutions.

If you are looking for real world case studies in the cloud computing space, then read on.

In 2009 US federal government started a cloud computing initiative for the public sector agencies. As part of this initiative, a recent report was published, which gives an overview of this effort.

In this "state of public sector cloud computing", the Federal Chief Information Officer gives details on their approach to leverage cloud computing technology.

The case studies are detailed and provides the reason and some of the benefits achieved by using cloud computing solutions.


Posted by InfoSecNirvana at 6:06 AM 3 comments: 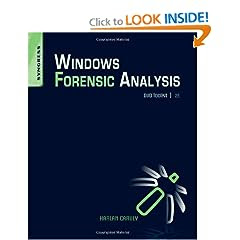